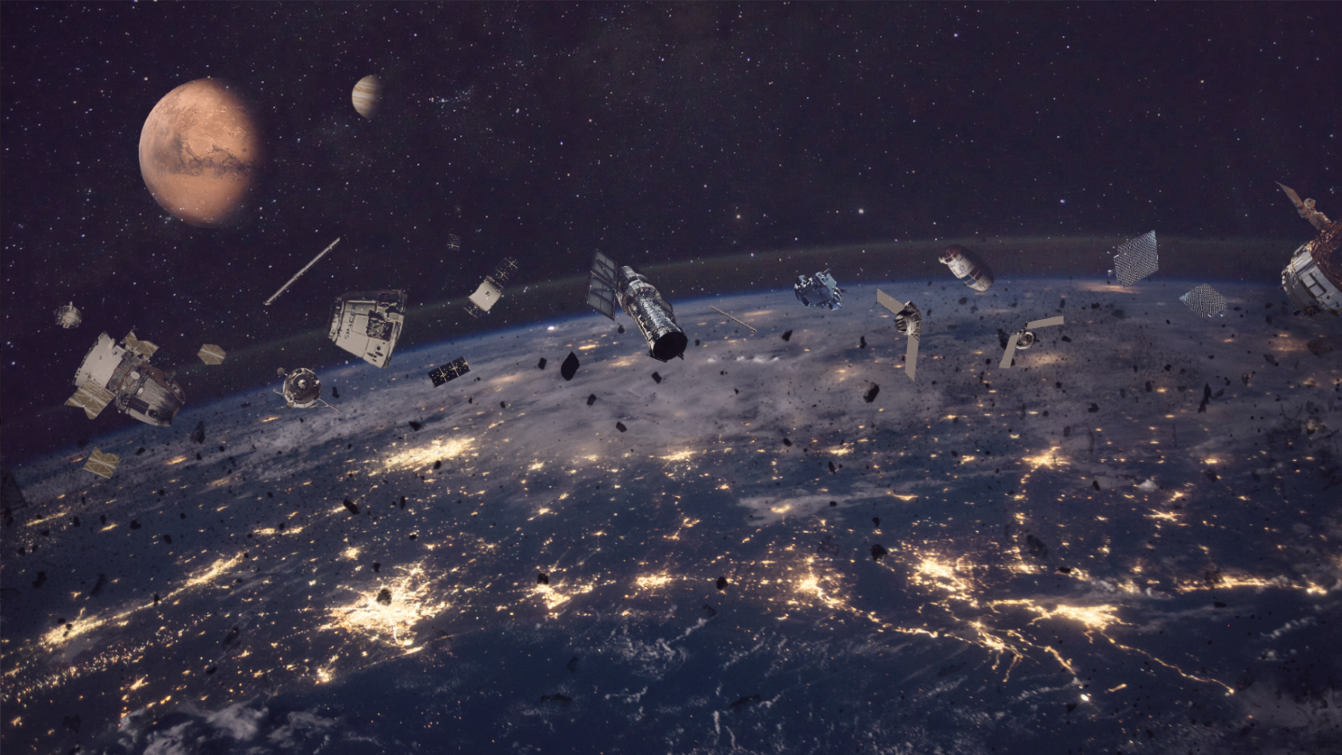 Hundreds of thousands of man-made objects are zipping around our planet—from dead satellites to errant nuts and bolts, putting our working satellites at risk.

In 2009, nearly 500 miles above Siberia, two satellites collided at some 22,300 mph, bursting into a cloud of thousands of pieces of debris. The culprits of this high-speed accident were the inactive Russian satellite Cosmos 2251 and the active U.S.-based communication satellite Iridium 33. Their catastrophic end was the first known time that two satellites collided in space, and a startling reminder of the growing problem of space junk.